The TOC on tour at the VCC. Now, not only is the VCC the oldest car club in the World founded in 1930, but more importantly it has the closest clubhouse to a pub in the world.

Frankly I didn’t hold out a lot of hope for this trip, sounded a bit down-market for Howard, as he has set the bar rather high with previous jaunts. But as I am both a member of the VCC and have an eligible Invincible Clement Talbot, I went hoping to be treated with a certain deference, I had even practiced my humble face in front of the mirror.

I needn’t have bothered, they were instead mooning over Howard, and his ‘Vulcan’ (Wasn’t that Mr. Spock in Star-trek). Also, they had dug out his original VCC junior entry form from when he was just a tot. All I can add is, that in my opinion he hadn’t practiced his humble face enough. 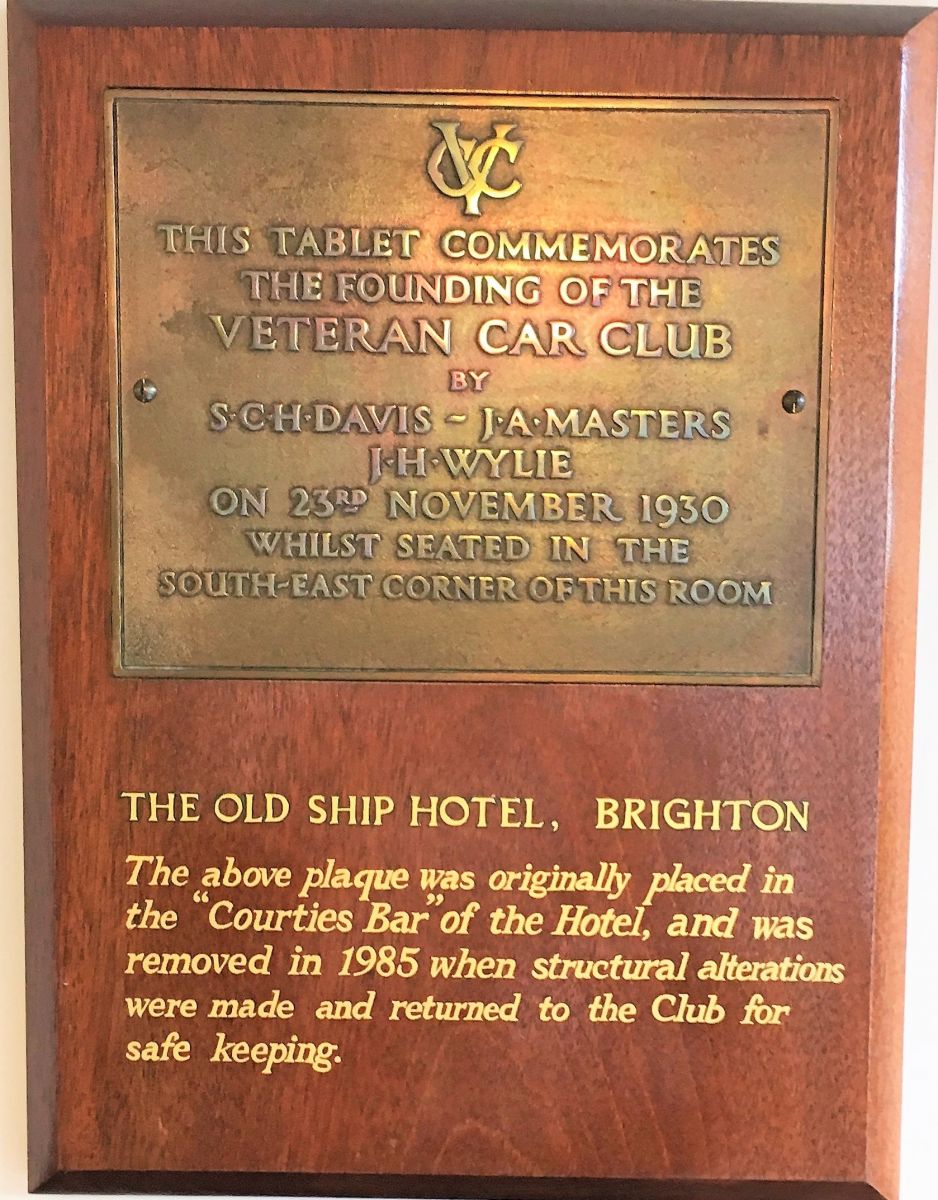 Adrian the Chief Honcho invited us into the board room. Cor! It was dead posh with more silverware than President Maduro of Venezuela. The biggest pain in the butt, it seems is dating, this is not swipe right on Tinder, but rather eligibility for the Brighton run and to be considered truly Veteran.  Before you ask, of course Howard’s bloody Vulcan, is eligible, and my Clement isn’t... Am I bothered? 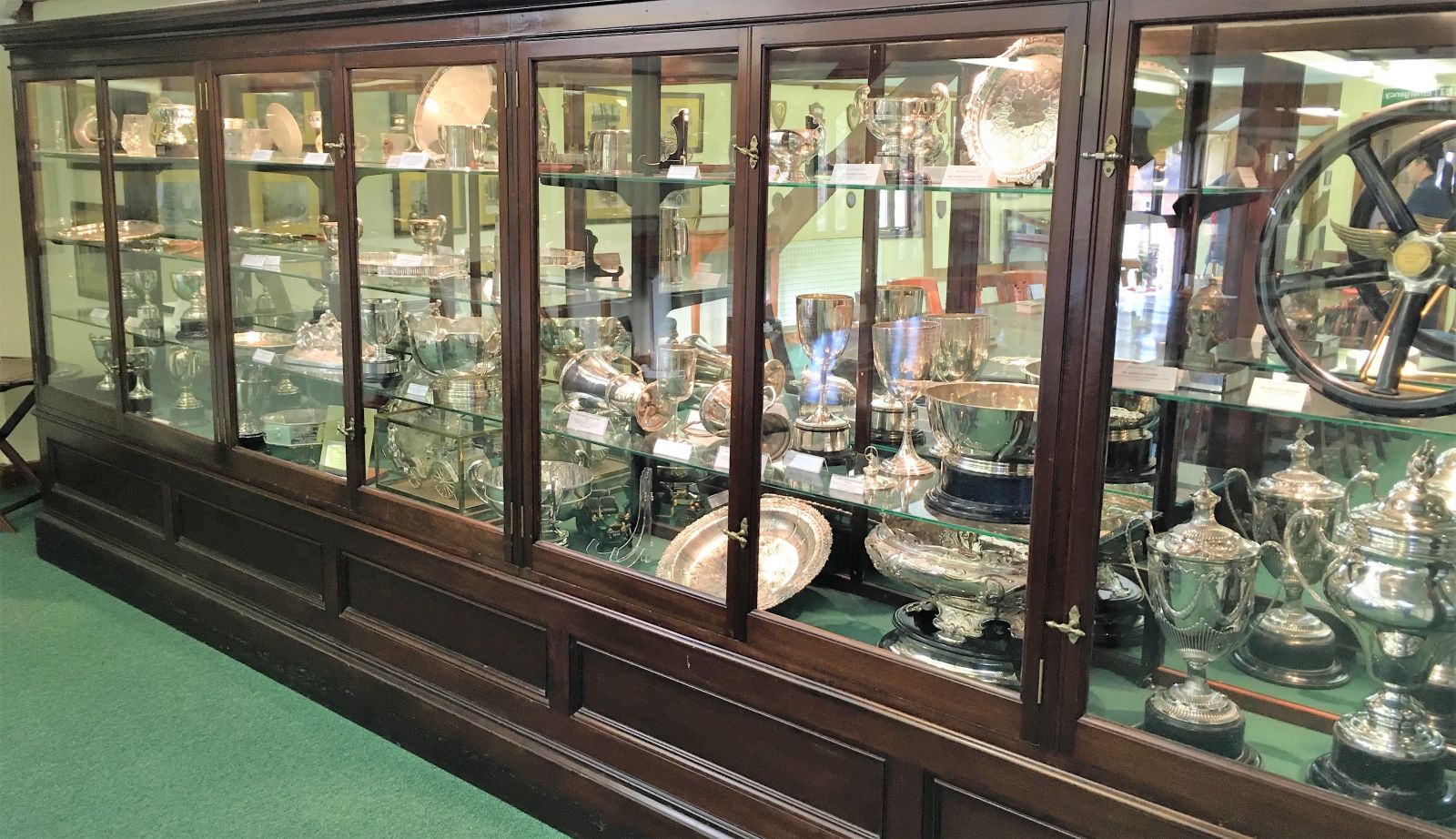 He also explained how they had tightened up the research and it was now impossible to get a fake past the committee. Well maybe? We shook hands on a side bet that I could get anything past them as being pre-1904, if I really tried.

We were then handed over to the ‘Silvo’ expert. Sorry I forgot his name, he was even holding his polishing cloth, but it was his birthday and Howard had got him a cake. ‘Creep!’ Anyhow it seems that they have the original Gordon Bennett trophy awarded to S.F. Edge, and even more importantly, the pennant carried by the lead car in the first London to Brighton Rally in 1897 or thereabouts. We all went.  Ooooooooh!

However, in an obscure corner I was able to locate a very understated plaque from Brooklands, about 3-inch square it simply read. 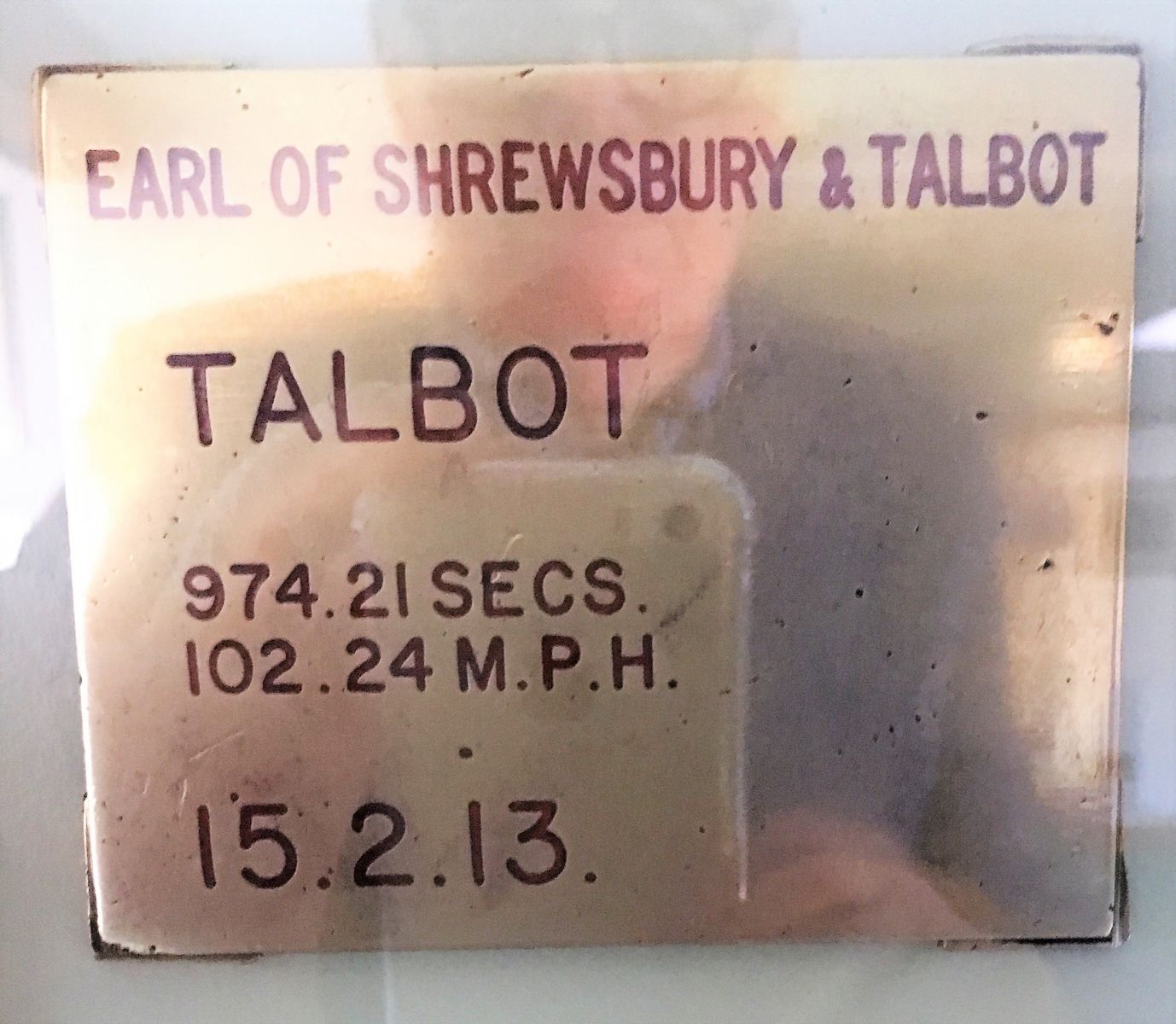 Then down to the Library with Simon the book. He has details of 40 Clement Talbots in his records, a brilliant room with tons of amazing works, including lots of later stuff. Well worth a visit, and he was eulogising about how wonderful it was that the original Barlby Road records had been re-scanned.    He probably needs to get out more! Loads of Invincible Talbot stuff, photos handbooks, etc. etc. He was very helpful and welcomes visitors - all a bit lonely for him in the archives.

There were about 12 or 13 of us and we all ventured across the road to ‘The Three Tuns’. I helped David Vine to get there as he had crocked himself, a little bit of care in the Community, and all that.

Good booze, Good Food, Good Barmaids; Howard had done it again, not only does he have the best Talbot in the club, (Been on the front cover of the Automobile). But also has a Vulcan (Whatever that is?)