Since inheriting my father’s AV105 Van den Plas Tourer some years ago, I regret that it has lain dormant in the back of the garage whilst weddings, house moves, work on other vintage cars and other distractions have taken priority. However, my son and his fiancée have declared that they would like to use it for their wedding next summer, and so the Talbot Technical Day seemed an ideal opportunity to seek some help and encouragement to overcome its few niggling issues and get it back on the road and working properly again.

The day was generously hosted by Gareth Burnett and some of his team at Pace Products in Haverhill, and started with an interesting introduction by Gareth and Richard Newby on their recent work to design and cast new 105/110 cylinder blocks and heads. Following that, we were divided into four groups of six to be taken in turn to four work stations – Brakes and Chassis Related Matters, Fuel and Ignition Systems, Pre-Selector Gearboxes and Electrics. At each workstation, the objective was for an acknowledged expert to provide us with a hands-on overview of the major components of each system, describing aspects of their design and functionality and highlighting potential problems and sensible maintenance routines.

My group went firstly to see Ian Potts to learn more about the peculiarities of the Talbot Electrical System. After taking us through all of the major components, Ian used a particularly useful set of electrical diagrams that he had developed to describe the workings of the electrical system in both starting and charging modes. I took away the importance of regular (at least annual) checking of the dynamotor brushes, the importance that all of the major items are adequately earthed, particularly the dynamotor and change-over switch, the need to limit dynamotor charge output to no more than 12 Amps if you want to prolong the life of the unit, and the desirability to have a voltage regulator in the field circuit to help preserve the batteries. 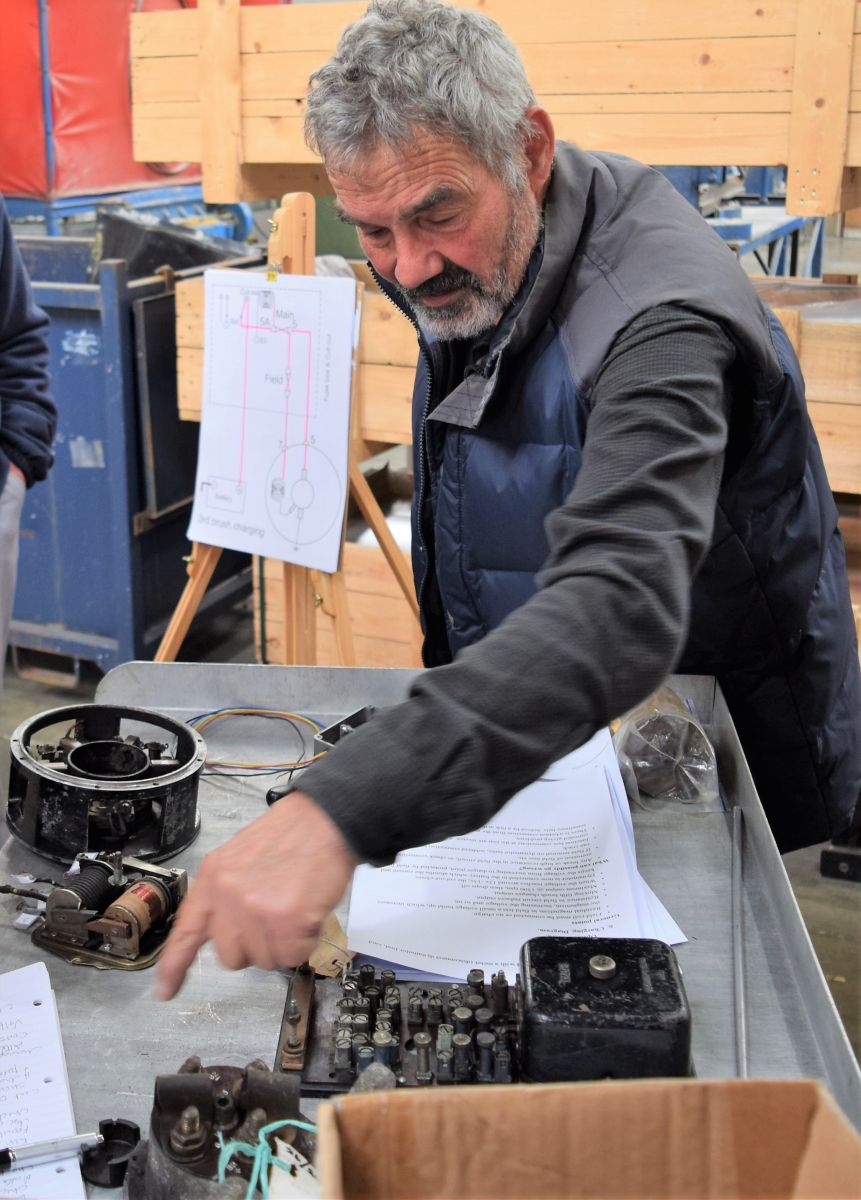 Next, we visited Dick Campbell and Cecil Schumacher who took us through the workings of the pre-selector gearbox, and in particular what to do to replace the selector mechanism detent springs should one of these break whilst out on the road. Here we learned about the excessive wear on the gearbox bearings if the engine is revved with the box in neutral, the potential weakness of the rear drain plug/rod thread, and that it is a very good idea to monitor the brake band wear by measuring and recording the pull rod adjuster settings on a settings sheet (new +16mm, worn out -9mm (rod protruding)). Cecil’s modification to incorporate three additional planet gears to reduce judder was also interesting. 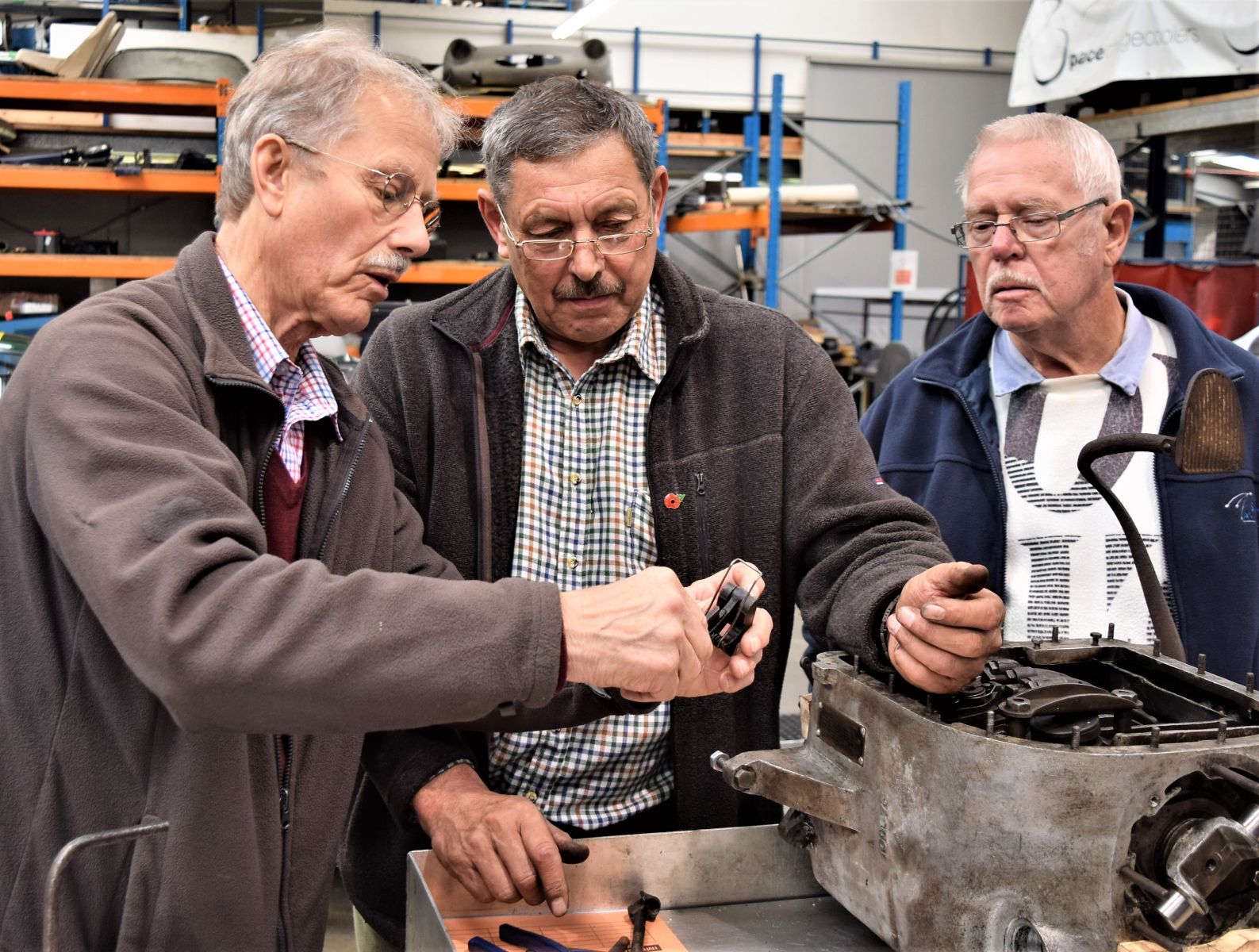 After lunch, and a chance to look around the Pace workshops and all of the interesting cars therein, we descended on Martin Bryant who took us through the fuel pump, carburettor, coil and distributor. Of interest here was that the ethanol in modern fuels can attack varnish deposits in the fuel tank, necessitating the need for an in-line filter before the petrol pump. The interrelated action of all of the carburettor jets was well explained, together with the need to keep the float bowl scrupulously clean. Understanding the correct fuel level in the float chamber was also useful. On the ignition side, we discussed the availability of new distributor caps, and the need to carry a spare condenser was also noted. 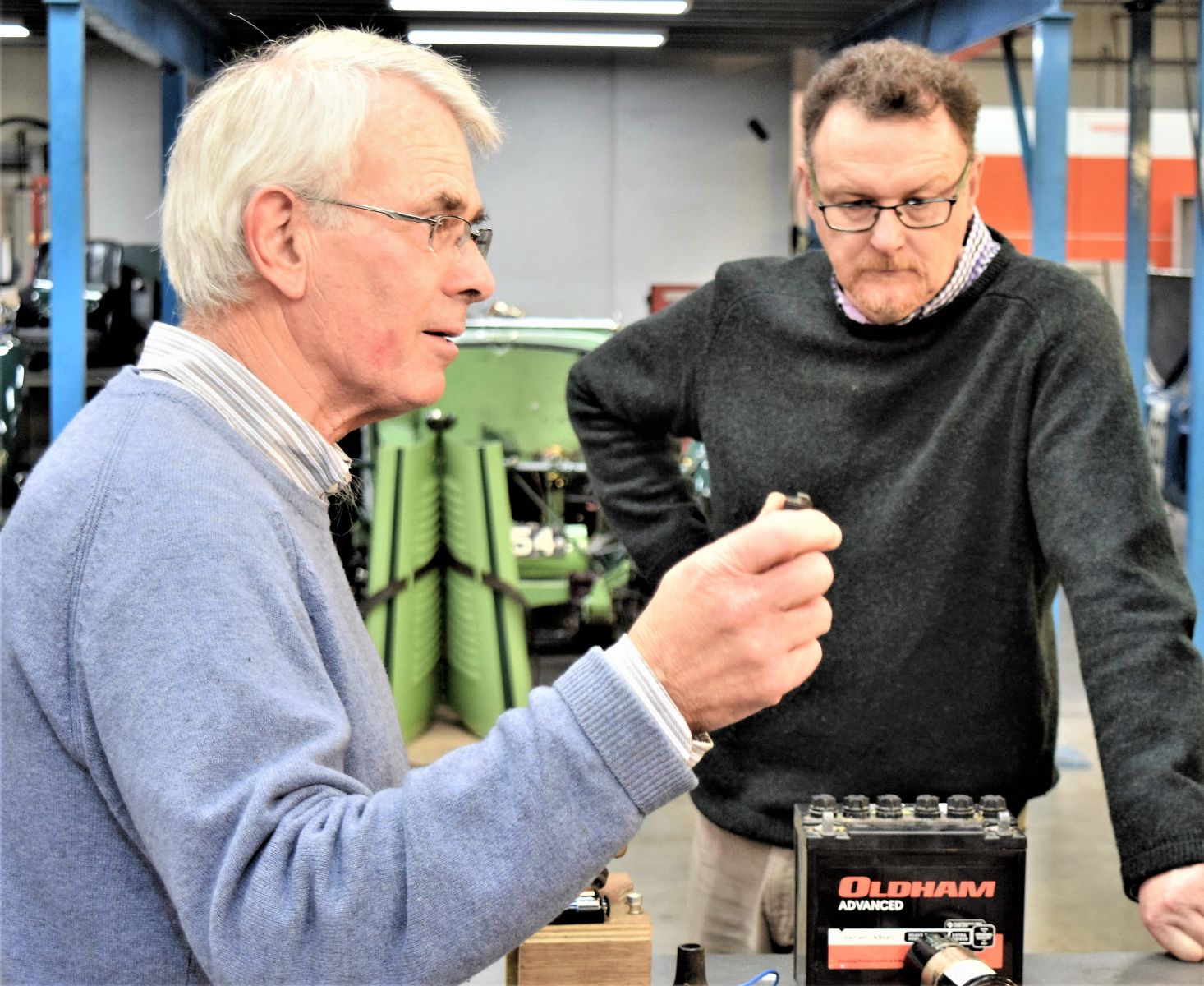 Lastly, we visited John Dodd, who took us mainly through the Talbot braking system, and the difficulties in keeping the 105 system in particular in balance. The use of new brake shoe springs and oversize 8mm linings on 105 brakes was recommended. John was also helpful to me in highlighting potential sources for a number of items that are missing on my car. 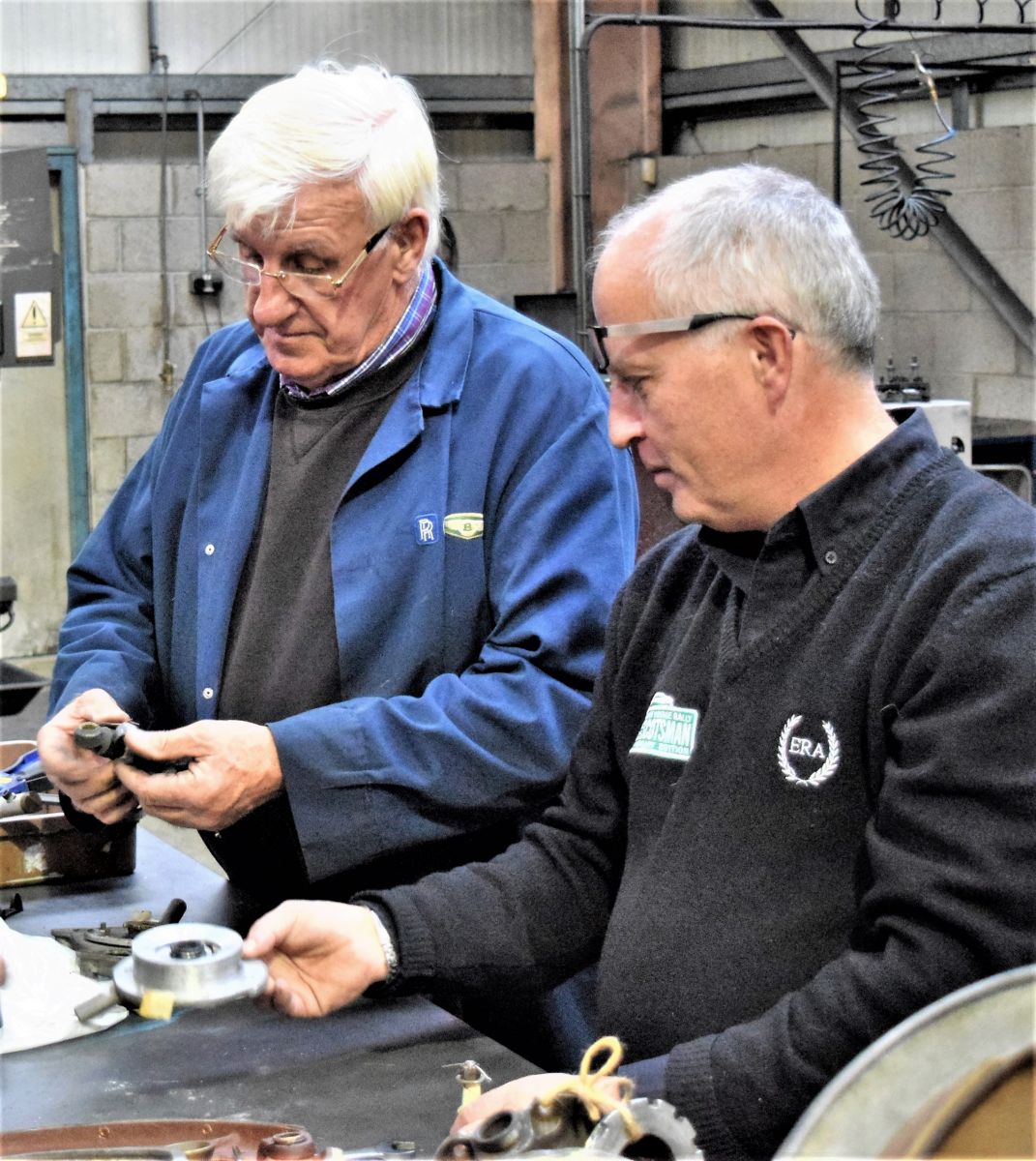 In conclusion, I found it to be a thoroughly worthwhile and rewarding day, and I came away with a renewed enthusiasm to get working on my car again.

I am sure that all of the participants would like to join me in thanking Gareth Burnett for providing the venue, Martin Bryant for the organisation and the presenters for all of their efforts in making this happen.