Kop Hill Climb celebrated its 10th Anniversary this year and the TOC was out in force. After a tour described on the previous page, ably designed by Julian Hunt, the Talboteers enjoyed a convivial meal organised by Susie Chases in Amersham where we had exclusive use of a restaurant, outside of which the good people of the town were noisily enjoying the annual Charter Fair. 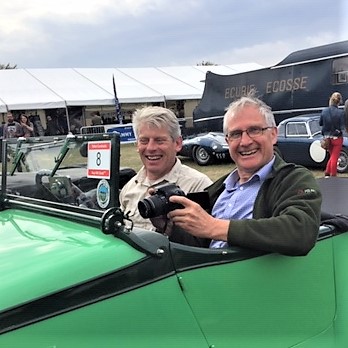 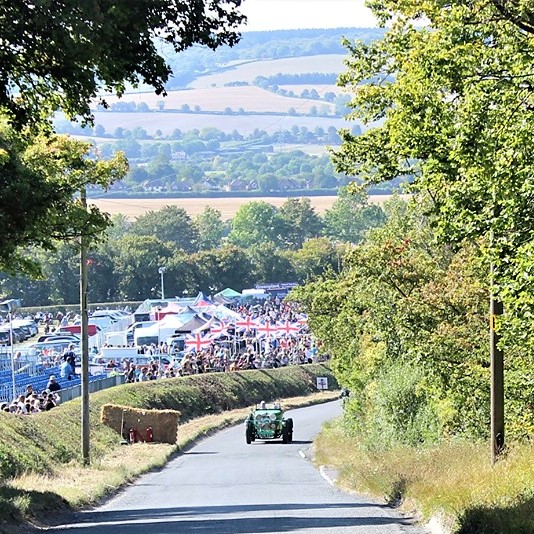 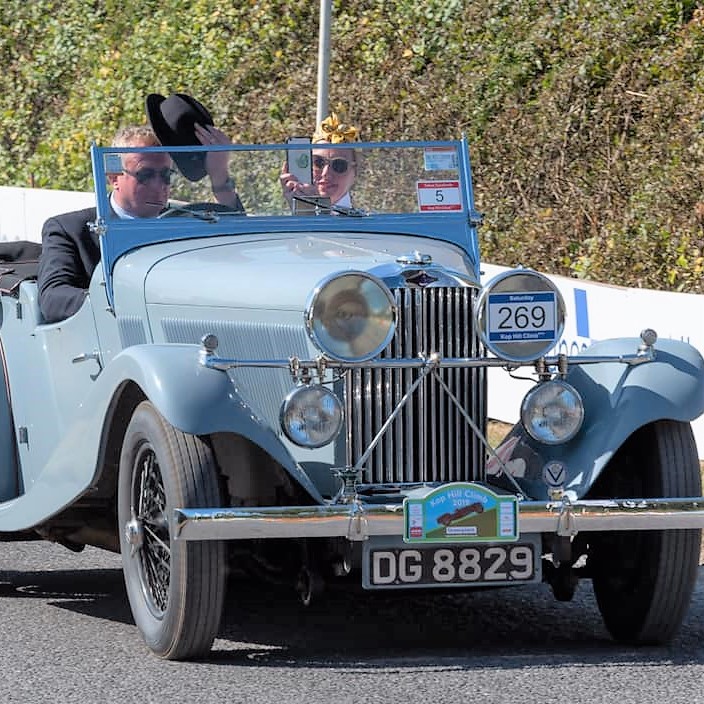 Saturday’s weather was fine and Kop Hill buzzed. Apparently, it was a day of record attendance, so that means more than 10,000 people. A great turnout for an excellent family-friendly event that featured all sorts of cars, ancient and modern.

The TOC line-up boasted nineteen Talbots ranged in front of the display trailer – a magnificent show. Somewhat to the chagrin of those owners of well-presented shiny cars, our star attraction proved to be the recently discovered barn-find condition Tickford convertible saloon. It’s amazing how people love a wreck! 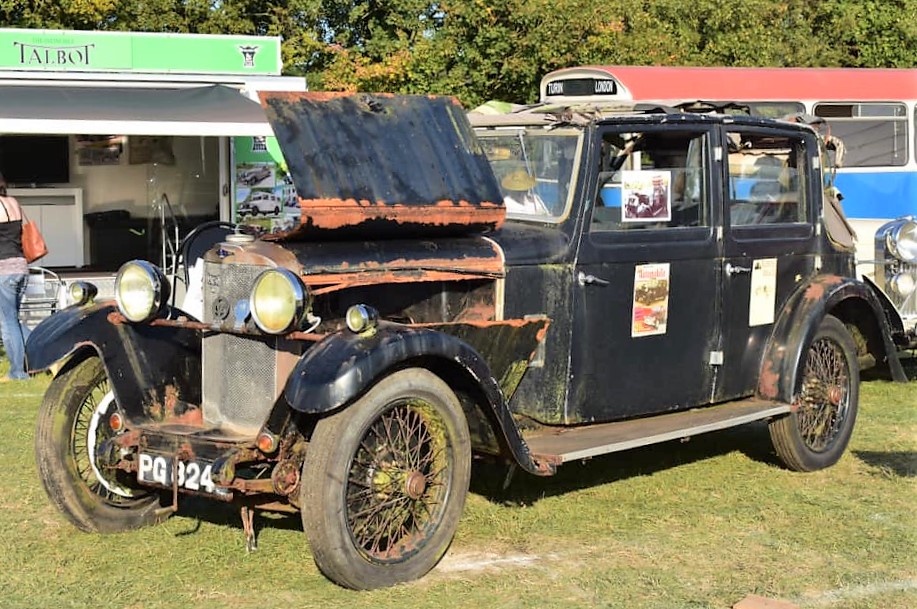 Each Talbot was provided with an information board to display and these were certainly appreciated by the public. It all helps to tell the world more about our cars.

Earl and Countess Howe, patron of the event, accepted Neil Lucas’ offer of a drive in one of his Talbots and so arrived in style! Most owners went up the hill, and the lunchtime cavalcade of Talbots drew a good crowd. Another lively meal at the Ivy House pub rounded off a great day. 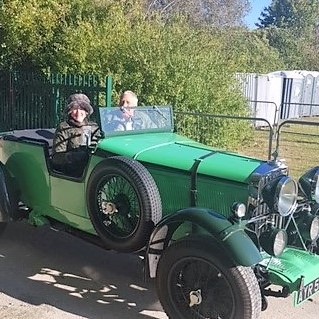 By contrast, Sunday’s weather was beset by heavy showers and the punters stayed away. Still, in an English summer, one day out of two isn't bad.

Kop Hill is run by the Buckinghamshire Community Foundation and raises considerable amounts of money for charitable causes. As we were given our very prominent ‘pitch’ free of charge, and in recognition of Talbots being the featured marque, the TOC has given the BCF £500 to support their work. We would also like to thank Footman James Insurance who generously paid for the hire of the TOC display trailer in recognition of the TOC being Club of the Year in the Historic Motoring Awards. Footman James sponsored this category and we are grateful for their support.

Well done to Neil Lucas who made most of the arrangements for the weekend and also got the Tickford project car into a presentable state with a lot of effort. At the last moment, Neil had to re-design our display when the VSCC pulled out at short notice and the Kop Hill organisers asked the TOC to fill in! Also, thanks to Glyn Lloyd, without whose hard work the trailer display would not have happened. Events like this demand a lot of effort on the part of the Club Members who organise them, so congratulations and thanks to everyone involved.