James Fack’s instructions were very clear. Be at the Springslade Lodge on time or miss your route directions for The Cannock Chase Caper (and lunch !!) It was thus an expectant group of Talboteers who met up for a welcome cup of coffee by 11 a.m.- precisely. The route took us on unnamed roads, through herds of horses and past hundreds of cyclists – it was a sunny Sunday after all! Highlight (for some) was an ascent of the Stile Kop hill climb, where in November 1919 Lord Shrewsbury brought the Talbot works team out for some post war exercise. Our run up was slowed somewhat by a driver who clearly knew nothing about the Invincible Talbots.

Lunch at The Chetwynd Arms was pleasantly dispatched before further instructions took us to Ingestre Hall. We could not go inside, but James arranged the next best thing – a walk around the outside. We learned much about this fine Jacobean house and the heroic reconstruction undertaken by the 20th Earl (‘our’ Earl, as James calls him) after a devastating fire in the 1880s. Thereafter no naked flames were allowed in the house and he became a pioneer in the installation of electric lighting in homes. The adjacent church was a delight – crammed with memorials to the Chetwynd Talbots including Viscount Ingestre, whose premature death in 1915 contributed to his father’s sale of Clement Talbot to Darracq in 1919. Tea was in the beautifully restored Orangery. We happily sponsored a pane of glass and it will be recorded in the donors’ book. We could not leave Ingestre without a visit to the ‘New’ Stables where Lord Shrewsbury kept his 50 polo ponies. The men drooled at the garaging potential!! 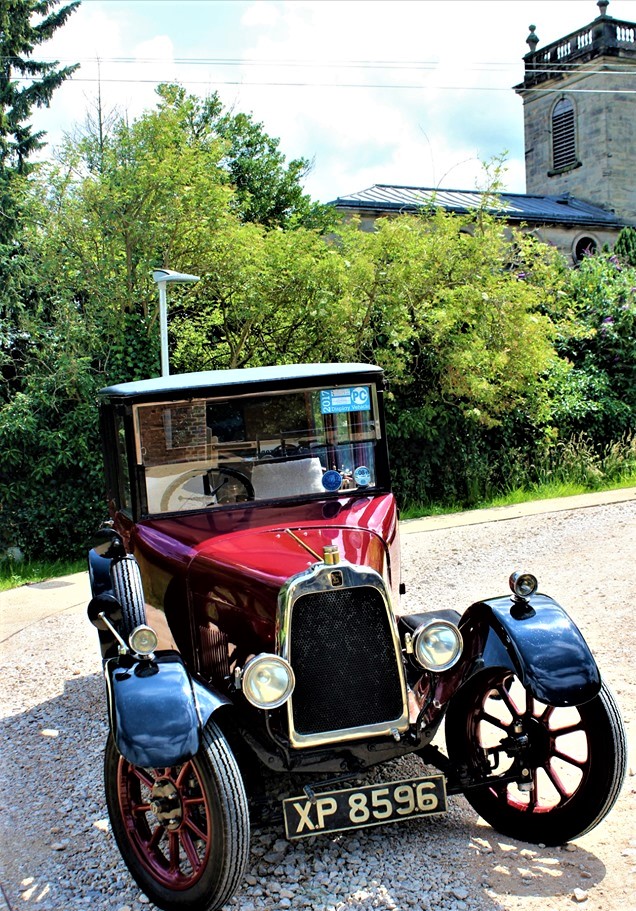 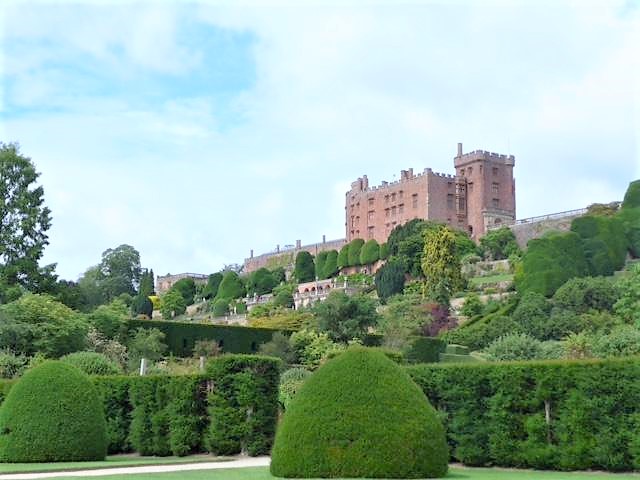 The final visit was to nearby Tixall Gatehouse, now standing alone in a field. It is an astonishing survival from the grand Tixall Hall, one of the lodgings used for Mary Queen of Scots during the 16-year imprisonment of Queen Elizabeth’s demanding cousin.

We bade farewell to James with navigators clutching clear instructions on how to reach the hotel avoiding Telford. The crosscountry route was easy and it was a smiling group of Talboteers who arrived at the Mytton and Mermaid Hotel at Atcham in search of cold beer. Even here we did not escape the Shrewsburys as its former name was, of course, The Talbot Arms!! 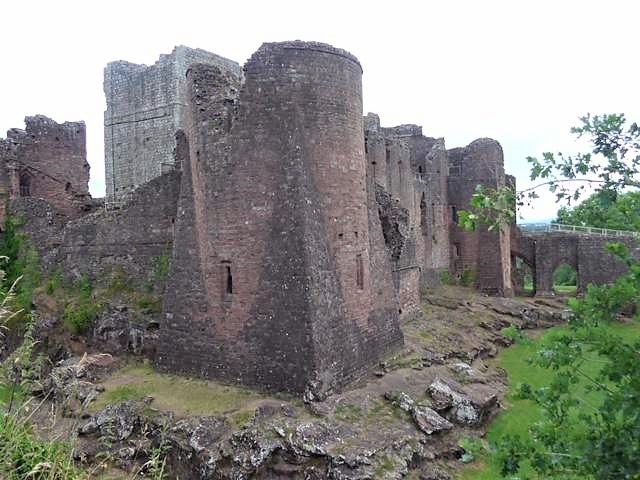 Day 2 was a free day but most of us made a beeline for Shrewsbury. Some floated gently round it on the river Severn whilst others pounded the streets of this historic town. Shopping vied with interest in timber framed houses, museums, city walls and glorious churches. Iron Bridge and Attingham Park in Atcham were popular afternoon destinations. Both looking good bathed in the lovely sunshine. We then dived down some very narrow Shropshire byways to catch a sighting of Pitchford Hall, (possibly one of the finest timber framed buildings in the country), a walk on a Thomas Telford cast iron bridge and explore Acton Burnell Castle.

The day was rounded off by another brush with the Shrewsburys. Martin regaled us with the story of John Talbot, the first Earl of Shrewsbury. This amazing man could defeat the Welsh, Irish and French before breakfast, sire sixteen children and In the 11 collect titles like Top Trumps. Definitely the girly pin up of the week!!

On day 3 we headed west in sunshine on a picturesque drive to Powis Castle. Here the only Talbots to be encountered were in the car park. The beautiful terraced gardens, rated in the top two gardens in Wales, and magnificent house kept us enthralled much of the day. We then headed south following the border closely and enjoying the vintage motoring roads of The Marches. We paused our journey to explore the romantic ruin of Clun Castle. From here the drive to Llangoed Hall was stunning, with four hairpin bends the sting in the tail!

Llangoed Hall provided luxury, opulence and exquisite food. Some even strutted their stuff on the croquet lawn. It was a contented group of Talboteers who climbed the imposing staircase to bed.

Day 4 dawned late, but was speeded up by the need for a team photo outside the front of Llangoed Hall: proof we were here. Hay on Wye provided picnic provisions among the book shops en route to the Golden Valley road and Goodrich castle. Here we were spellbound by our guide, Alex, who brought this important border castle to life. Needless to say the Talbots intruded again – the family owned it for about 300 years!! After a sunny, relaxed and late picnic it was a short drive to Ross on Wye and the Chase hotel. We were relieved the Talbots (and Bentley) ran well, sipping only petrol, oil and water. Our last evening together was typically convivial and Guy was thanked by all. 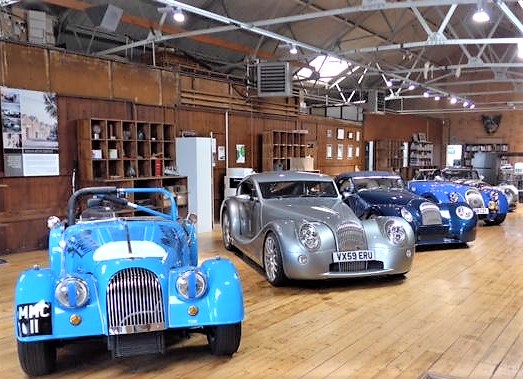 Our last day started by saying farewell to people making an early start for home. Three intrepid Talbots headed north east to Malvern Link and the Morgan factory. We had a thorough and interesting tour of the Works and were impressed at the level of skills employed to assemble these iconic cars. It was then home to the realities of everyday life after a thoroughly good few days exploring The Welsh Marshes. Thankfully the tranquil ruins of the castles are the only reminder of the more violent past of this beautiful area.