Pre-War Prescott, having been postponed twice, managed to run on September 11th. It was inevitably quieter than in previous years, partly because a lot of other postponed events were all piling up towards the latter part of the summer leading to clashes of dates, and one simply can’t attend them all!

But quieter doesn’t mean worse. The delightful, informal atmosphere was retained, drives up the hill could be run with passengers, including children, and the good weather encouraged a relaxed and pleasant day. 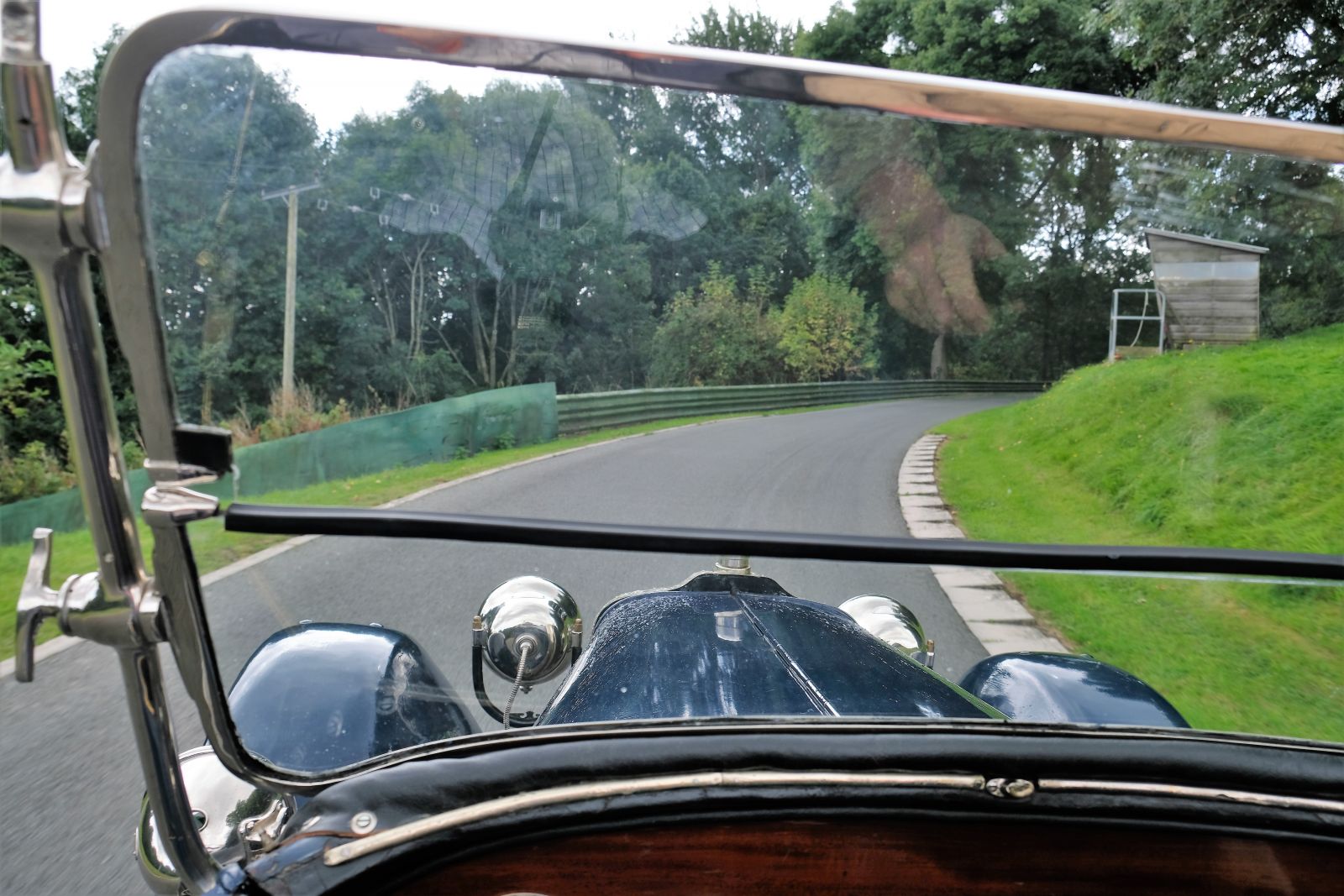 Tim Robinson’s elegant Vanden Plas Tourer looked splendid as it raced up the hill with ease. Going rather more sedately, but taking things well in its stride, was Neil Lucas’ 1916, CY 15/20 Tourer, which ascended the hill with aplomb, defying its 105 years.

The picture above shows Neil demonstrating the car to an admiring James Fack. Neil has recently restored some of the bodywork and the car now looks very good indeed.

As is now traditional, a Spitfire from the Battle of Britain Flight gave a short display and the whole event was able to raise more funds for the Royal Air Force Charitable Trust which encourages young people to develop an enthusiasm and interest in aviation in all its guises.

RAF cadets were on hand assisting with the running of the day, one way of getting young people interested in old cars too.